A Message From Missy

Animal Lovers League's (ALL) calendar for 2007 is out! ALL is dedicated to the cause of rescuing and providing a safe, no-kill shelter to stray cats and dogs. Please support ALL's cause by purchasing their new calendar. The calendar's unique design allows you to add a personal touch of creativity. 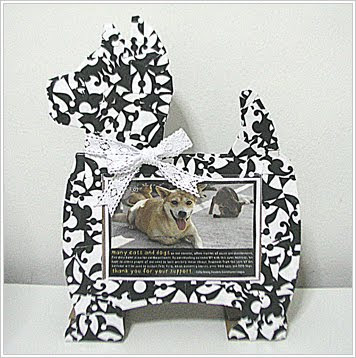 Here's what I did with mine. 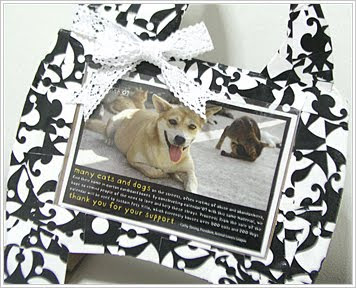 Get yours now and let your creative juices flow!

On a related note, remember, folks, never ever buy puppies from pet shops and pet farms. The puppies may be cute (they will always be for all puppies are cute, regardless of how poorly bred or how unhealthy they are) and alluring, but remember their parents, grandparents and siblings suffering behind the scenes. Do not perpetuate their suffering by making the business profitable for the unscrupulous breeders. If you are, or know of someone, looking for a new addition to the household, please give your consideration to the strays and abandoned dogs. They deserve a second chance.

Right by the dogs,

She ain't just the queen, my jie jie. She was once a TV personality too! Did you know that my jie jie, Daisy, once appeared on Channel News Asia's 'Thinking Animals'? Missy happened to be sorting out her rack of CDs the other day when she came across this old recording from back in 2001! Thanks to YouTube, we are now able to share jie jie's five minutes of fame. Pleasant viewing!

Now do you know why I'm so in awe of jie jie?

The Day Missy Left Me Behind

'Fare thee well, Waverly' were Missy's last words to me before she bundled up jie jie and left me. I whimpered piteously after them and tried with all my might to climb over the gate to go after them but Missy would not look back.

There now, it was just Grandmama and me from now on. She picked me up and tried to pacify me but I was inconsolable. As the sad fact set in that Missy and jie jie were no more, I cried even harder and louder, crumbling the walls and bringing the whole house down into the pits of my little broken heart.

Why did Missy have to go? Why had she picked jie jie and not me? Will I never see them again?

Such were the rhetorical questions that weighed heavily on my young mind. Fatigue caught up with me and sleep soon embraced me....

Hush! I hear the jingling of keys! Shuttering between dreams and reality, was that Missy's voice I hear? Was I dreaming? There's jie jie, looking freshly groomed and more beautiful than ever. Then I heard Missy calling out to me, 'Waverlyyy....'. Missy was back! And jie jie too! Oh happiness! Who should I greet first?

I learned later that Missy hadn't forsaken me at all. They had both gone to be groomed was all. Missy had her toenails painted while jie jie had the full works. Sigh....the exploits of the untamed young mind....Oh well!

Nevertheless, to make up for lost time, I cuddled with Missy all night long!

Missy's Extra: Waverly has developed a strong attachment to me, hence the separation anxiety!

Posted by Waverly at 9:34 pm No comments: