Blessed Christmas, everyone! We had a great time and wish you did too.

Just when Missy thought our pressies wouldn't arrive in time, Mr Postman dropped them off at the last minute (of course, not without jie jie making it known just what she thought of the close call!). 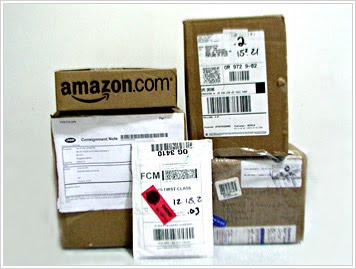 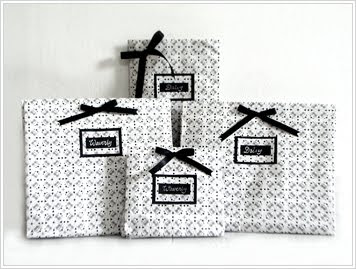 After wrapping.
Here's how we dolled up this Christmas: 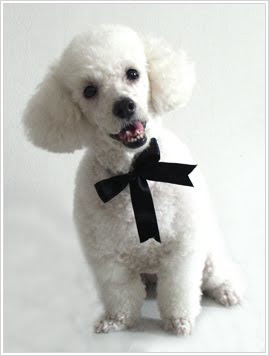 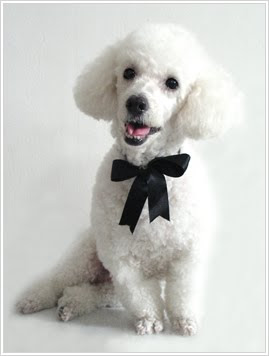 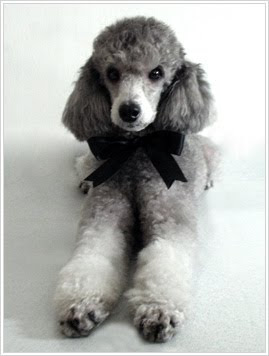 I tried out a Sphinx pose. 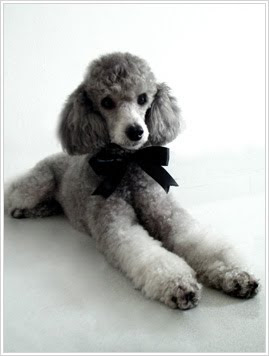 Missy said I looked very smart in my black bow. 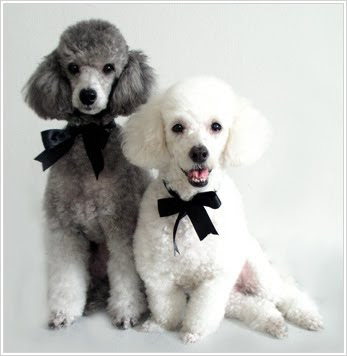 Of course, we had to have a Sisters pose.
Not forgetting the newcomer of the year, Cuzzie En at 3-going-on-4 months, all nice and fat, just in time for the roasting! (Oops! We'll settle for turkey instead.) 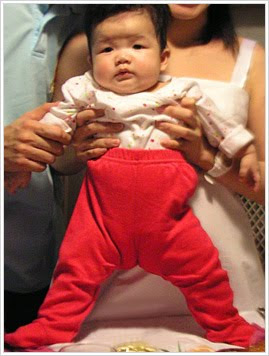 Christmas elf or Patrick Star, we can't quite decide!
Oooh...coming to the good stuff now! The fooood! 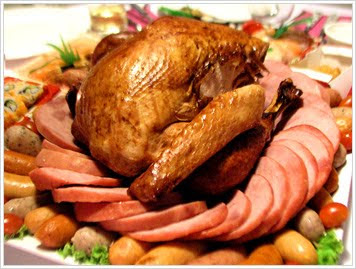 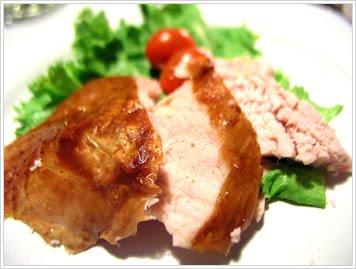 Our dinner.
For dessert, we had the ubiquitous Christmas waffle! 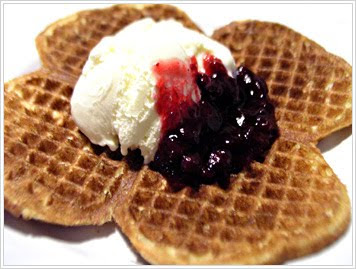 Buttermilk Waffle with Vanilla Ice-cream and Ligonberry Jam.
And this year's party favours: 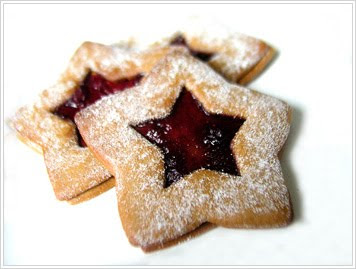 Gingerbread cookies!
It was pressies time after dinner so we adjourned to.... 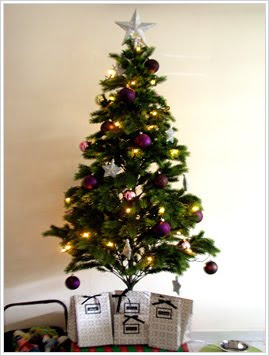 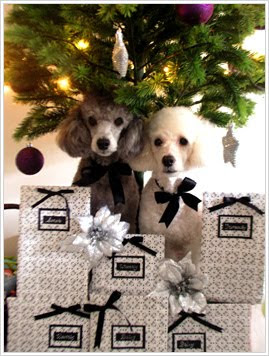 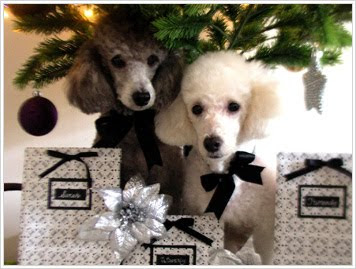 Oh we wish Missy would hurry up already!
Finally.... 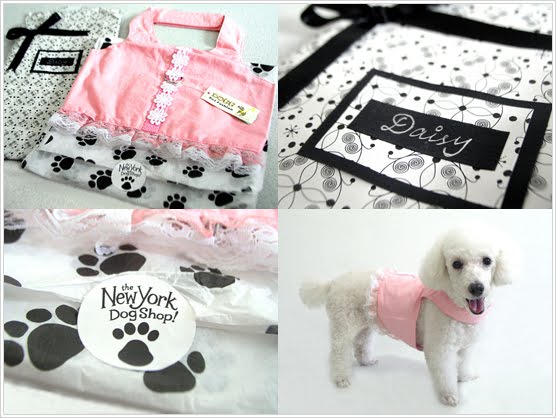 Jie jie got a chic new top from The New York Dog Shop. 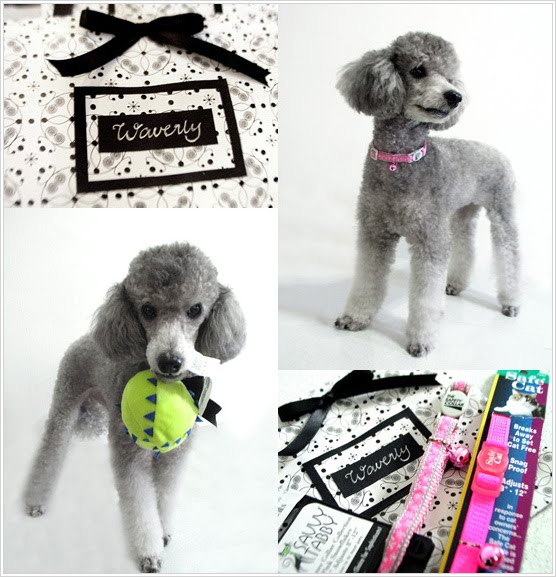 Missy thought these cat collars were very pretty! She likes 'em sleek and pink and jingling. Oh well, I suppose I do look good in my new Snowflake collar from Jake's Dog House!

We would have got a new water dish too but the nincompoop of a merchant, GlobalPets, messed up. We highly do not recommend them.

And then, jie jie and I both got a bunch of toys from Sissy S.... 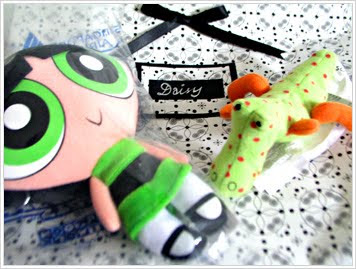 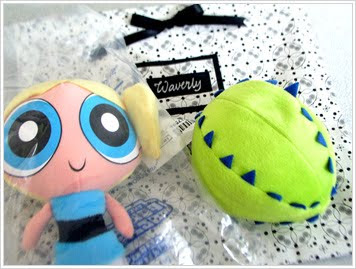 Here's us three this Christmas: 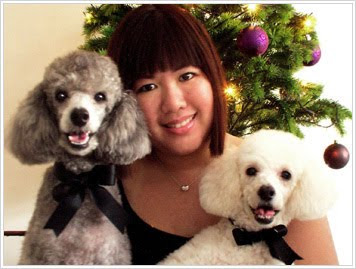 Best wishes for the new year!
Posted by Daisy & Waverly at 7:41 pm No comments:

It's been raining so much that it leaves us very little to do except to.... 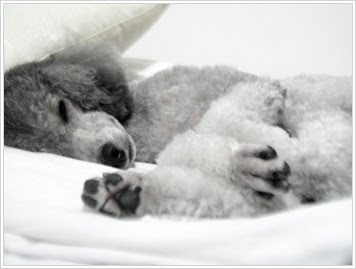 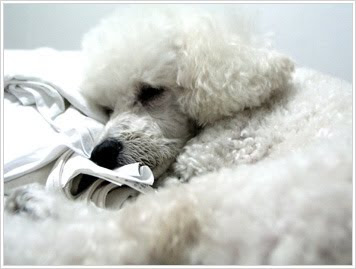 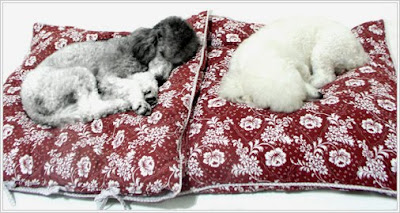 and snooze some more. 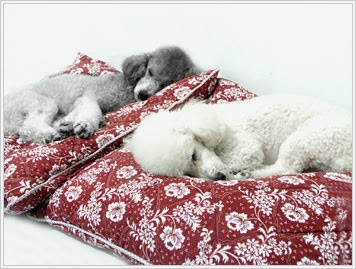 Sweet dreams, everyone!
Posted by Daisy & Waverly at 11:31 pm No comments: